Digital transformation in European banks: How are they REALLY faring?

Digital transformation has been something of a rallying cry in European banking for years now, but do those words come with action?

Banks have traditionally fallen behind when it comes to digital integration - partly due to the heavy regulations placed on the industry, but also the sheer complexity of the job in hand. Banks were some of the earliest adopters of computers in the workplace, but three decades on, many internal systems are creaking under the demands placed on them.

With the European fintech threat perpetually hanging over them like the digital sword of Damocles, however, banks have to change. So, are the traditional banks in Europe doing enough to match the accessibility and the flexibility of their upstart rivals?

What the Big Five Think

A recent Grant Thornton LLP report revealed that 69% of global chief financial officers and senior financial executives plan to invest more in technologies that speed business change. In Europe, meanwhile, some banks are moving fast to keep up with a digital market that requires, according to one unnamed European banking leader, “a highly efficient connection between new technology releases and partners.”

Top banks are leading the charge, with the 'big five' making the greatest investments, including ING in Europe. Alan McIntyre, senior managing director at Accenture, agrees, saying “market share is clearly moving toward the top three or top five banks, partly because they have invested a lot in digital.” As is often the case with major disruptive advancements, the new fintech upstarts might be the ones making the innovations, but it's the industry leaders who make the really ambitious moves.

McIntyre adds that while the first digital transformation impulse of these major banks was to think about replacing core legacy systems, their thinking has shifted somewhat. Where banks once considered a “rip and replace” method to purge their old systems and replace them with shiny new digital systems, they were now considering more of a “freeze and wrap” approach; maintaining their traditional systems for records and effectively wrapping a customer data system around it.

It's obvious why they are taking this approach. It's been estimated that core system replacement takes around five years to implement, and could cost the biggest banks over $1 billion. From a business perspective, it's a hard argument to make, particularly given that (with the rate at which technology is progressing) we could find ourselves in a very different landscape in five years time, and need to transform once again.

Since - as McIntyre puts it - “there is a lot of technology now that gets you some of that mid-tier customer data layer in a couple of months,” the freeze and wrap approach can be implemented faster and at a lesser cost than ripping everything out and starting from scratch. It might feel a little like putting a plaster on an infected wound, but there is definitely a logic behind it.

The Banks Doing it Right

Early adoption might have its drawbacks, but there are plenty of European banks pressing ahead with digital transformation practices: and they are already reaping the rewards.

The Banks Doing it Wrong

Whilst the major banks are, to a degree, putting their money where their mouths are, and there are many new banks embracing digital innovation, some regional banks are struggling to catch up. This might be simply because they think they have done enough when they have actually only barely scratched the surface - and as a result, they’re falling behind. As Cécile André Leruste (Managing Director for Accenture Banking in Europe) said: “Banks seen as lagging in their digital transformation program saw a decrease of 11% in future value.”

A survey by IT service provider CGI found that 80% of banking decision makers believe they have done enough when it comes to digital transformation. Another survey by Gartner Group found that 76% of the decision-makers at most large banks do not believe digital requires any change to their business model at all. But are these decision makers asking the right questions of themselves or the business?

According to research from the Boston Consulting Group (BCG), whilst 4 out of 5 financial institutions agree that digital is fundamentally changing the banking industry, 43% don't even have a solid digital strategy in place. When quizzed about why, the majority point towards a lack of existing infrastructure, but, as the big banks have proven, there are workarounds (or wraparounds, as the case may be)

When they say “lack of infrastructure”, what they really mean is “lack of compatibility”. Banks are held back from full digital transformation by archaic legacy systems that are incompatible with modern technological advances, making the freeze and wrap approach impossible. Eric Crabtree, global head of Unisys Financial Services, explains: “Most banks are actively seeking ways to reinvent themselves to better compete in today’s digital environment. They understand the need to go beyond traditional banking services; however, many are struggling to modernise in the face of archaic processes or legacy systems.”

Some banks are hesitant to move with the times, with a growing number of industry employees worrying that digital transformation could take their jobs. However, Wall Street seems to be focused more on the benefits. An Options Group survey of over 3,000 professionals found that the vast majority expect digital transformation to improve their careers, particularly in the realm of workplace performance.

The banks that are struggling to keep up might need a little help, of course, and shouldn't be afraid to ask for it. A good digital transformation service will examine key business areas where digital solutions need to be implemented and will implement them in a way that reimagines customer service and transforms the bank's business practices.

This can mean anything from implementing more insightful data analytic solutions or implementing more holistic mobile solutions, to core digital system replacement and integration. Whatever the need, there are various avenues to explore, most of which lead invariably to the same destination.

Banking currently sits at a digital crossroads, not dissimilar to the one it saw at the dawn of the Internet age back in the 1990s. If they don't want to be left behind, European banking leaders need to start embedding new technologies into their businesses now.

According to the Boston Consulting Group, there are four pillars of digital transformation in banking. In order to fully commit to a digitally transformative model, banks must:-

The digital banking forerunners have taken all these steps, and they should continue to serve as a litmus test for banks going forward.

Of course, there is undoubtedly risk involved, and not just in the logistical shakeups associated with a fundamental shift in operations. Banks could face a loss of consumer engagement in certain segments (older customers, for example) - and with so many fresh fintech startups on the scene with digital transformation at their formative cores, there are certain areas in which traditional banks will never be able to compete.

However, if European banks are able to provide more personalised, consistent advice and ensure that customer needs are met, they should soon start to see the benefits. Ultimately - unless they want to risk becoming little more than a back-office utility - banks of all sizes need to look past the operational, regulatory and budgetary hurdles immediately in front of them and see digital transformation as an opportunity for meaningful and sustainable growth. 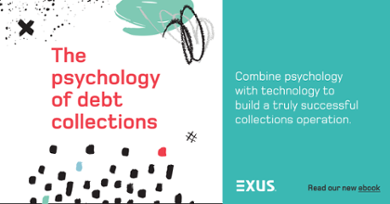