Non-performing loans are a huge problem across the Indian subcontinent, impacting the capital adequacy of developing economies in Bangladesh, India and Pakistan.

These unrecovered loans have created overhanging debt and concerns around the banking sector’s credit quality - and that’s become a major drag factor on economic growth and investment from abroad.

In a report by the Indian Daily Star, the International Chamber of Commerce in Bangladesh has called NPLs ‘a curse on sustainable growth’ and called for governmental intervention to address ‘the [banking] sector’s deep-rooted problems of corruption and poor risk practices’.

Between 2012 and 2016, an average of 27.1% of bank loans in Bangladesh were non-performing - and the problem was particularly apparent in the six state-owned banks which make up a quarter of the country’s banking sector assets.

Meanwhile, according to Knowledge News Network, the International Monetary Fund has suggested that India needs to strengthen its debt recovery practice in order to maintain its current 7.4% growth rate. Non-performing loans currently represent 10.8% of India’s banking assets - a figure set to rise to 11.1% by Q4 2018. They’re bad news because the chances of getting them paid back are minimal - they’re dead debt that does nothing for a bank but drag down its stock price and cut off the flow of capital.

Is this a matter for government regulation, or for individual banks?

The answer, as in many complex cases, is “both”. Structural reforms at government level have to be met with improved practice from individual banks. Debt collection in India is currently a slow process, revolving around field visits, face-to-face meetings, wire transfer and bankers’ drafts. Streamlining the process would make collections more efficient and allow a greater volume to be handled.

As an economy shows strong growth, new businesses emerge and consumer demand for credit increases, and banks start lending more. It’s common sense that some of these people will not repay their debts.

The credit marketplace is a relatively new phenomenon in India. Licensed debt collectors are often heavy-handed and aggressive, emerging over the last decade in an environment where tracing customers can be harder (thanks to poor data quality), and where the educational level of debtors is often lower, as is the average income. While increasing regulation has clarified debtors’ rights to privacy and professionalised collection to an extent, the developing market is still working out what best practice looks like.

We can draw parallels with China, which is further along in dealing with the same problem. China has developed a more robust culture of credit rating and prompt repayment, rather than relying on the informal sense of guanxi - personal relationships and trust - which characterised Chinese business in the past. Meanwhile, banking operations have moved onto popular online platforms. Messaging app WeChat has a billion active users a month, and also boasts open source code that incorporates subsidiary apps that provide a platform for almost everything - including banking.

The trick is in applying these solutions with a different mindset - one focused on making debt collection easier and less confrontational for everyone involved.

Tighter regulation of borrowing and more accurate data on individual debtors plus greater agility and accessibility offered by lenders equals more efficient recovery of NPLs. The trick is in applying these solutions with a different mindset - one focused on making debt collection easier and less confrontational for everyone involved. Smartphone technology represents a key opportunity to help lenders deal with the collections challenge - particularly in India.

India is one of the largest smartphone markets in the world, with 124 million units shipping in 2017. WhatsApp is extremely popular, with 200 million monthly active users across India, and has rolled out a beta payment service that paves the way for the kind of breadth WeChat offers its Chinese user base. Competitor Hike is pitching to late adopters, recognising that take-up of mobile data in the Indian market is ‘stuck’. Hike offers its 100 million users a stripped-down smartphone interface which includes a wallet and a messaging service - and that’s all that’s needed for basic debt collection functions.

Automation could help address the fundamental slowness of debt collection in India. Personal visits, and even personal calls, require time and personnel commitments that can be stripped out using SMS as the primary point of contact. Payments can likewise be streamlined - if these smartphone wallets take off, they can remove days of bank transfer and cheque clearance delays from the process.

Self-service debt collection via smartphones allows lenders to take a convenient and non-threatening approach, and it’s ideal for the small payment/swift turnaround micro-loans that characterise lending in developing economies. Larger loans can be handled more formally via a full-service collection app that offers more bespoke services, based on whether the loan is business or personal.

The goal here is to enhance systems and make them both agile and personable, reducing the intimidation and ignorance that drive up the percentage of NPLs in developing economies. Some loans will not perform - it’s inevitable - but easier and more efficient collections will help to keep them manageable. 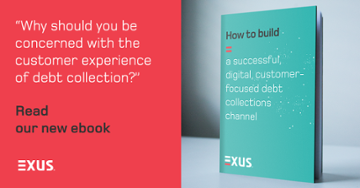