Vision 2035: The bold plan to transform Kuwait - and what that means for banks

For many years, the countries of the Gulf Cooperation Council have followed an oil-based development model. The black stuff has been, as LSE economist Sophie Olver-Ellis put it, the "elixir of life" for many of the region's economies.

This has been particularly true for Kuwait. Oil has transformed this small nation on the Arabian Peninsula from a prosperous trading port into an oil-exporting powerhouse with a highly developed, albeit non-diverse, economy.

Statistics illustrate how inexorably tied the Kuwaiti economy is to oil. It comprises nearly half of Kuwait's GDP, around 95% of exports, and approximately 90% of government revenue. While it’s made Kuwait fabulously wealthy, it’s also tied it into a dangerous game.

The heady days of $100-per-barrel oil prices in the years prior to 2014 are long gone. Since then, oil price volatility has taken the GCC’s (Gulf Cooperation Council) oil-dependent economies on a wild ride. At its twitchy worst in 2015 and 2016, it wasn’t uncommon to see daily price changes in the range of 5%.

Things have cooled off since then, but it’s been a spur for countries like Kuwait to finally diversify their economies. This is why Vision 2035, the government’s plan to transform the country into a regional financial and commercial hub, has been formulated.

This is not the end of oil. As Dr. Mohammad Yousef Al-Hashel, governor of Kuwait’s Central Bank, recently explained during a finance round table, Kuwait cannot simply quit oil overnight. The aim, instead, is to diversify and add more strings to Kuwait’s economic bow. One likely candidate, according to Al-Hashel, is Kuwait’s financial sector.

So what does Vision 2035 mean in practice for Kuwait’s banks, and how will it affect their short-to-medium term future? Let’s take a look.

The economics of Vision 2035

Vision 2035 has its genesis in an earlier, aborted plan to transform Kuwait’s economy. The initial plan was formulated in 2010 by the government of the previous prime minister, Nasser Mohammed al‑Sabah.

When al-Sabah resigned in November 2011 amid substantial political turmoil, the plan was quietly pushed to one side. But the untenable situation in Kuwait’s economy has remained, so the plan never truly went away.

Kuwait’s national budget is the best illustration of the situation the country’s economy is in. 16% of the government’s 2018/19 budget is reserved for subsidies and 54% for the salaries of Kuwaiti workers employed in the country’s bloated public sector.

The country also lags behind its GCC compatriots in terms of its economic competitiveness and regulatory environment. Vision 2035’s ultimate aim is to change this: to cut the red tape that hurts innovation, trim the fat on Kuwait’s massive public sector and spur private sector investment.

There are still ambitious infrastructure projects in the pipeline. Kuwait plans to commit over US$100bn to housing and key sectors like, yes, oil. But Vision 2035 will place greater emphasis on public-private partnerships to fund these plans

But it’s not just these big capital projects. If Vision 2035 pans out, the Kuwaiti government envisions a new vibrant ecosystem of businesses, including a new breed of fintechs that have made waves in other markets.

The example of Vietnam is instructive. Since the mid-80s, Vietnam has undergone its own process of economic liberalisation known as ‘Doi Moi’ (or ‘renovation’, in English). That programme has delivered a bustling market of startups eagerly competing for young customers. As one fintech founder in Vietnam told The Banker, young professionals “don’t want to take a ticket and stand in line at a bank for half an hour during their lunch break”. Kuwait’s banks, standing on the precipice of Vision 2035, should take note.

The role of technology in Vision 2035

As part of Vision 2035, the Kuwaiti government is building a ‘smart city’ from scratch. South Saad Al Abdullah city will eventually be home to 400,000 people and even the city’s souk - its marketplace - will be managed by an artificial intelligence (AI) system.

It’s the dawn of a new, tech-centric society, and one that banks will need to keep up with. Mazin Saad Al-Nahedh, the CEO of Kuwait Finance House, puts it bluntly: “We believe that fintech is not a luxury. It’s a must-have and it’s the future.”

Kuwait Finance House, a Sharia-compliant institution, has even established its own Islamic investment fund, KISP Ventures. The venture fund invests in early stage startups - valued between US$1m and US$10m - and finds ways to integrate them into their network of banks.

Slowly, things are switching into a higher gear. Kuwait’s central bank recently launched its ‘regulatory sandbox’, a testing ground where fintech companies can experiment and work with regulators as they develop their products and services.

The fintech trend will only increase as Vision 2035 kicks in. For banks, it’s a threat - but it’s also impetus to deliver new services. As Kuwait International Bank’s (KIB) CEO recently commented on the fintech phenomenon, “Progress has always come as a result of collaboration, not competition”.

But innovation doesn’t need to be left to fintechs entirely. Banks can also take the lead. KIB has recently launched an innovative visual interactive voice response service, alongside its existing live chat service. The visual element replaces the onerous “Press 1 for x’ formula that’s dogged voice response for years, guiding customers with their phone screens instead.

It’s a bold new era of self-service, and it’s possible thanks to the widespread availability of smartphones. Kuwait has a smartphone penetration rate above 90%. Customers are ready for mobile self-service, so it’s a matter of banks stepping up to meet demand.

Self-service is a powerful tool in debt recovery, too. A self-service debt portal offers customers control, convenience and mobility, while sustaining the steady decrease in NPLs Kuwaiti banks have engineered over the past few years.

Vision 2035 wants nothing less than the transformation of Kuwait. Its economy, its society, its government - the plan is bold. And, indeed, it might fail. But even if it does, it might pull the country in a new direction.

For Kuwaiti banks, it’s an exciting time. With a more dynamic economy, new fintech businesses will blossom. This doesn’t have to be a threat: banks know what to expect and can get ahead of the curve.

Through clever investment and cooperation, Kuwaiti banks can integrate fintechs into their networks, offer new services to customers and improve critical operations like debt recovery. If some banks resist, they might not exist when 2035 rolls around.

Would you like to build a bank that’s fit for the year 2035? Speak to EXUS about how we can future proof your debt recovery efforts today. 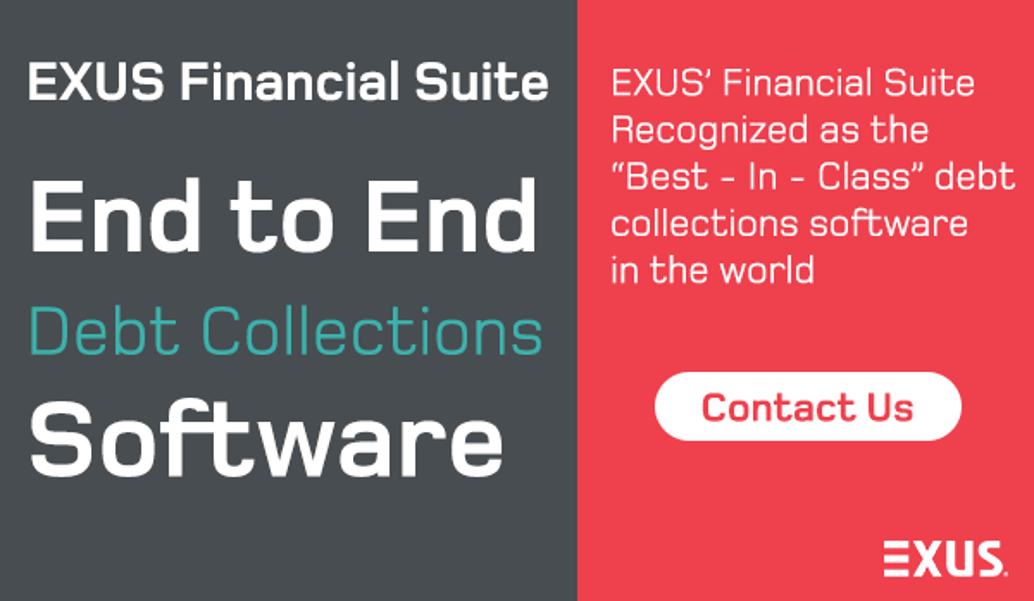